In Memoriam: Will Nicholas 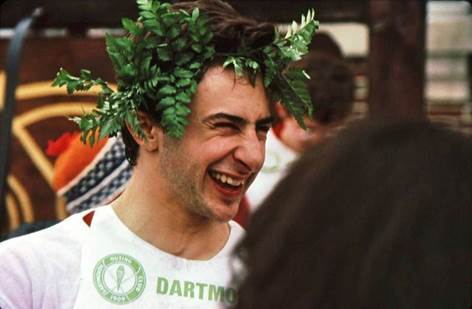 The Washington Post printed the following obituary for Will on December 19, 1996:

William Carter Nicholas, 30, a native Washingtonian who had been an aircraft flight instructor on the West Coast for the last six years, died Dec. 14 in an airplane crash.  According to the Mail Tribune newspaper in Medford, Ore., the crash occurred at Eagle Point, Ore., near the Ashland Airport, about 15 minutes into a flying lesson. A flight student in the aircraft parachuted to safety, but Mr. Nicholas was killed in the crash.

Mr. Nicholas attended the Potomac School in McLean and graduated from Dartmouth College. He attended the University of San Francisco.  He had been a flight instructor in San Francisco and more recently at the Ashland Airport. He was a member of the Experimental Aircraft Association and the Airline Owners and Pilots Association.  He lived in Jacksonville, Ore.

Survivors include his wife of eight months, Katherine Ingram Nicholas of Jacksonville; and his parents, Lynn H. and Robert C. Nicholas III, two brothers, R. Carter Nicholas and Philip H. Nicholas and his grandmother, Carol A. Wakelin, all of Washington.

Micah Rosenfeld has this remembrance:

Will was a serious person, but also a joker.  In fact, he took his jokes quite seriously as well.  He also had a need for speed.  He once joked to me that his Saab had turbo — he turned off the a/c and it gave it a little boost.  He died doing what he loved — flying airplanes.  He was honest and truthful; he wanted desperately to fly helicopters in the military, but was too honest to give a little white lie to the recruiter about one small thing that would bar his entry.  We had some wonderful laughs — we dressed in togas for the ‘Winter Carnivals of Old, Gods, Goddesses and Gold’ themed winter carnival, and locked ourselves together into a pair of tandem cross country skis to compete in the Hanover Classic x-country ski race (you should have seen us try to skate-ski!). There were a few falls on that race, but the joy of it can be seen on our faces in the picture immortalized in our yearbook.  Then there were the Tabbard Canterbury ‘Tails parties, when he could not resist dressing in drag (he was beautiful as a woman).  I lost touch with him after we graduated, and was saddened to hear of his death.  He was an honest man, looking to do great things, and a good friend. May his memory be a blessing.